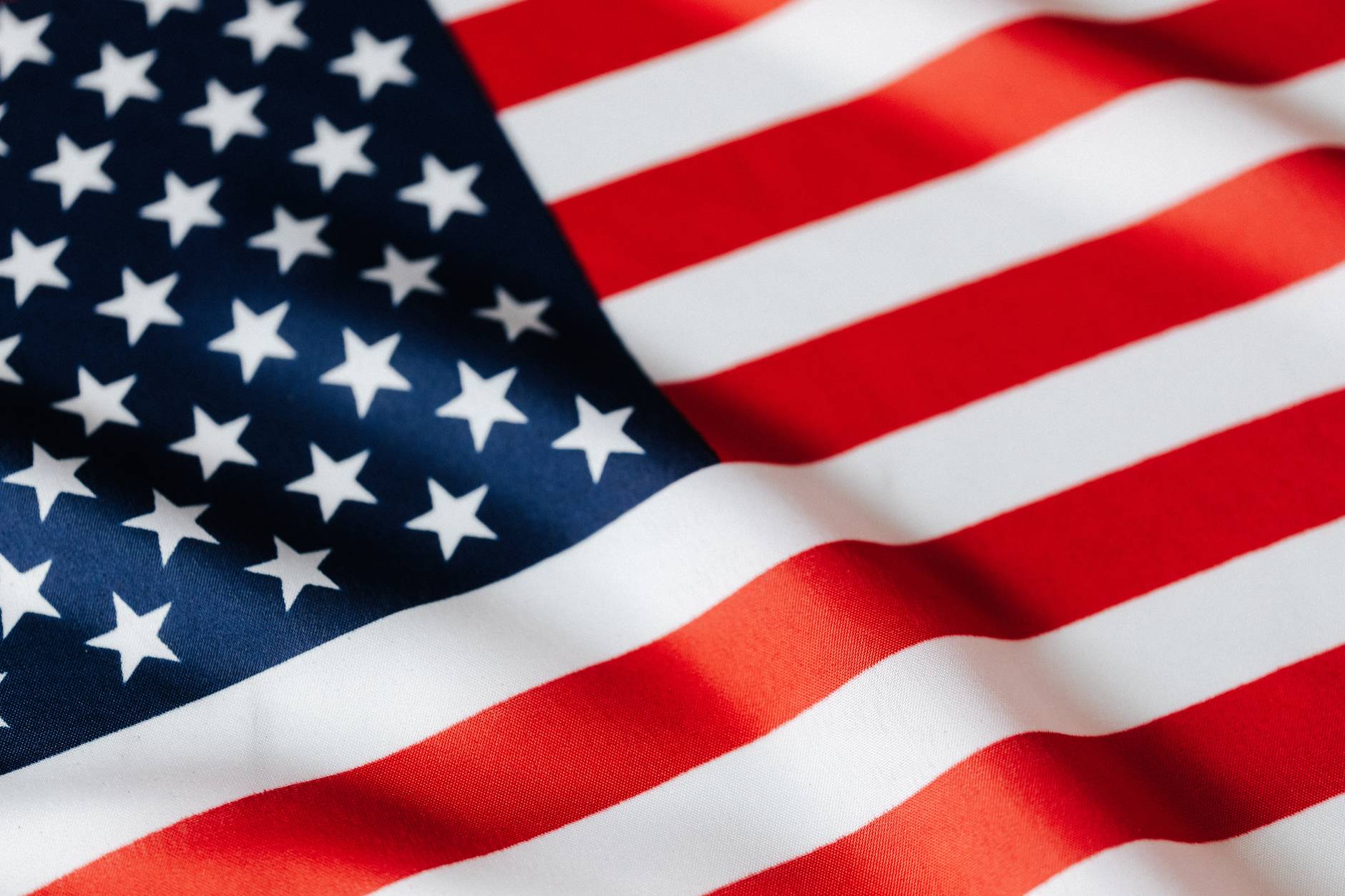 On Wednesday October 7, 2020, Salt Lake City Utah hosted the Vice Presidential Debate between Senator Kamala Harris and Vice President Mike Pence moderated by Susan Page of USA today. Being the only Vice Presidential debate and being just 27 days before the election, this debate was highly anticipated with hopes of being didactic and reassuring unlike the Presidential debate between Trump and Biden, which resulted in utter chaos and confusion. Luckily, this debate was informative and remained under control and respectful as it should. In this article, I’ll provide a brief overview of the important questions asked in hopes to shed some light on current issues and solutions. It was a long debate but the point was to make it easier for American citizens to cast a vote, therefore I’ll try to summarize the best I can.

First question asked was around the lines of what would the Biden administration do differently than the Trump administration in terms of the coronavirus task force in January?

Kamala Harris: stated that the American people have witnessed the greatest failure of any presidential administration in the history of the United States. According to Harris, information about the seriousness of the coronavirus was given to the Trump administration early on and they were told that it’s airborne, lethal, and can affect any age group but that information was held back and covered up.

Mike Pence: responded that Trump has always put the health of the American people first. As soon as it came to his knowledge that travelers from China have entered the U.S. carrying the virus, he banned all entry from China, which was a spearhead move.

Kamala Harris: fired back with claiming that nothing that had been done has worked and the American people were mislead by the President multiple times about the virus because the crucial information regarding the virus wasn’t shared and was downplayed.

Mike Pence: said that Harris claiming that anything done about the virus “hasnt’ worked” is a complete disservice because Trump did whatever he needed to putting the American lives first.

Susan then asked why Trump and Pence were at a super spreader event last week at the Rose Garden following Trumps hospitalization.

Mike Pence: responded with saying that all precautions were taken, attendees were tested, and it was an outdoor event, followed by the comment that all presidential duties must go on and we needed to introduce our supreme court judge Amy Coney Barrett. Mike Pence concluded that comment by bringing up Biden and Harris’s “Green New Deal”

Kamala Harris: responded with again saying that Trump admin lied to the American people about the seriousness of the virus, so from that it is evident that he doesn’t respect or care for his people, according to Harris.

Next topic was a short one about vaccines, which is becoming a big question mark for U.S. citizens, most don’t want to take a vaccine because of the bad reputation that has been created due to failed vaccine trials. “If the Trump administration approves a vaccine, before or after the election, should Americans take it and would you take it?”

Mike Pence: was given a different question but chose to go back and respond to the question about vaccinations. He confidently said that there will be a vaccine at the end of the year or sooner and he requested for Harris to “stop playing politics with lives” and “stop undermining confidence in a vaccine”. According to information about Trump mandating vaccines, it is clear on the U.S. government white house website that he will not make it mandatory, it will be a choice for whoever wants to take it.

Next topic was on the issue of vice presidency.

Kamala Harris: stated that Joe Biden and her have very similar views and were raised in a similar way. They were taught the importance of fighting for the dignity of all people. She then continued to speak about her accomplishments and how they will be beneficial in her role today. Harris was the first woman district attorney of San Francisco where she created models of law enforcement and reform of the criminal justice system and ran the second largest department of justice in the United States. Harris also serves on the Senate Intelligence Committee where she monitors the classified information received about threats in the country and hot spots around the world.

Next topic jumped around from the unclarity of Trumps health as well as the rumor spread about his tax dollars.

Mike Pence: clarified that the information given from Trump’s doctors was given with transparency. They offered Trump exceptional care which was obvious by his 4 day recovery. He insisted that elections are around the corner and the show must go on.

Kamala Harris: suggested that Biden has always been the transparent one, Trump has not bringing the question about why Trump only paid $750 in tax dollars? and him owing $400 million in debt.

Mike Pence: remained calm and stated, that those public reports are inaccurate. Trump is a businessman, job creator, who has paid millions in taxes, payroll taxes, and property taxes.

Kamala Harris: responded that on one hand we have Joe Biden who believes you measure the health and strength of the American economy by the strength of the American worker and their family. Then you have Trump on the other hand who measures the strength and health by how the rich are doing. Harris then mentioned that Trump passed a bill benefitting only 1% and leading to a 2 trillion deficit, therefore Biden will repeal that tax bill and invest that money into the American people, roads and bridges, infrastructure, clean energy, education- making 2 years of community college free, family that makes less than $125,000 a year will go to public universities for free, and student loan debt will be cut by $10,000.

Mike Pence: In Trumps defense regarding the economy, Mike stated when Trump administration took over, American was recovering from the slowest economy since the Great Depression. Trump cut taxes, average American family had $2,000 in savings, there was a rise in wages, average income increased by $4,000, Trump paid direct payments to families, saved 50 million jobs through the paycheck prevention program, and he spared no expense to help the Americans. He then stated that Biden and Harris want to raise taxes, abolish fossil fuel, ban fracking which will cost a lot of jobs and they want to join ties with China.

Kamala Harris: responded that Biden has been clear about not wanting to raise taxes for anyone who makes less than $400,00 a year and he will not ban fracking. She said that Biden worked with Obama on Obamacare for the “Affordable Care Act” that gave healthcare to over 20 million Americans. She ended that statement by saying that if you are elderly and have pre existing conditions than the Trump administration is “coming for you!”.

Mike Pence: briefly responded that Obamacare was a disaster and the Trump administration have plans to improve healthcare for everyone as well as people with pre existing conditions.

One of the last topics discussed jumped around from climate change, manufacturing jobs, international ties, and the decision of Amy Coney Barrett.

Mike Pence: stated that air and land have never been cleaner, our water is amongst the cleanest in the world, and also the President recently signed the “Outdoor Act” which is the largest investment for public lands and parks.

Kamala Harris: stated that Trump lost a trade war with China which resulted in a loss of 300,000 manufacturing jobs.

Mike Pence: responded that Biden has been a cheerleader for communist China and when Biden was Vice President we lost 200,000

Kamala Harris: stated that Trump refers to militants and suckers and losers.

Mike Pence: responded that Trump respects and reveres everyone served in the armed forces. Pence brought up that Qasim Sulaymani killed many American servicemembers so Trump got rid of him so that should show his respect for the militants, according to Pence because Biden and Harris were not in favor of getting rid of Sulaymani.

Kamala Harris: lastly stated that we should fill the President chair before we fill the Supreme Court Judge chair because that is being decided to quickly and she does not agree with abortion being illegal and women having the choice of what to do with their bodies.

Mike Pence: ended with pride for the choice of Amy Coney Barrett and said he in high hopes that she will be respected. He then stated that the Supreme Court members are against abortion and that he is “pro life” as well. He also mentioned in his statements that Harris has been in favor for prosecution for minor drug offenses when she claims that she decriminalize marijuana and minor drug offenses.

The recent George Floyd, Kayla Mueller, Breonna Taylor, and Trumps comment of “stand back, stand by” was also brought up with lengthy responses. The end of this debate resulted in many clarifications and insight for the American citizens to ponder upon and hopefully will help them cast their vote with content and ease.

Aisha Zaidi Bhatia is Journalism and Communications student, passionate about global issues and human rights, aspires to raise awareness and make a change through her writing