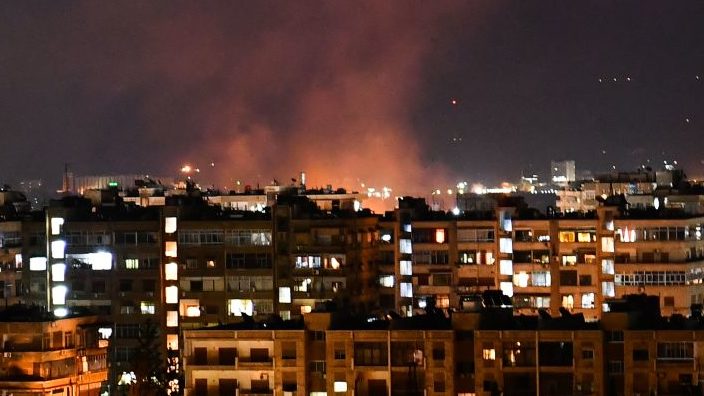 It is easy to get lost in the whirlwind of political events and foreign affairs, no matter who you voted for in the 2020 presidential election, with all the excitement of President Biden’s election and the subsequent, turbulent transfer of power between political parties. Amid this storm of information, however, supporters of Biden’s administration and his critics alike have pinpointed a crucial issue they have with Democratic foreign policy in the Middle East. This complaint has only been furthered due to the recent airstrike in Syria by the Biden administration in February of 2021.

Complaints from the Public

Despite the overwhelming popular support for Biden during the 2020 election, many of his voters only supported him as the “lesser of two evils” when compared to the incumbent candidate President Donald Trump, a saying that has characterized American political rhetoric since its creation in 1776. This being said, they have no trouble openly finding fault with his actions. Many of his supporters in the 2020 election were in the 18-25 age range, showing how the younger generations favor left-leaning policies over the popularized conservative, right-wing views of their older relatives. As younger Americans begin to age into the voting system, they become more outspoken and passionate about their beliefs; furthermore, a great many of them opposed airstrikes in Syria.
One young Biden supporter expressed that her feelings on the subject were “mainly disappointment” as she did not “think the airstrikes in Syria were necessary” accusing the United States of “promoting violence in the Middle East” rather than resolving it.
Another staunch supporter of Biden during the presidential election gave a personal account of their opinions on the event, as follows: “While Biden is fairly new to the presidency and has accomplished many positive things so far, his decision to attack Syria seems, at least in part, unfounded and unjustified. He did reportedly call off the second attack after seeing innocent bystanders, which was the right thing to do, but he should not be praised for doing what nearly anyone else would have done in this situation. I believe that these airstrikes, even if they were somehow justified, should not have been orchestrated, as violence is very rarely the answer, and violence betrays the ideals of Biden’s platform which was based on unity and hope.”

Events in the Middle East

Following the Syrian airstrike in late February, Biden decided to call off a planned second air strike due to civilians being reported in that area. The air strike that was reported last week was determined as retaliation in the face of a prior assault on the United States force, painting the U.S. as not the instigator but rather the victim of violence abroad that government officials have claimed to come from Shiite-associated militias in Iraq. The significant divide between Shias and Sunnis in Iraq being incredibly prevalent before, during, and after the onset of the Iraq War, yet ignored by the United States government resulting in a separatist Shia government intent on retaliation and violence against Sunni Muslims.

Allison Helkowski is a content writer and student. She has taken an active role in political campaigns in the state of New Jersey and is a dedicated advocate for human/civil rights and environmental preservation.